My girlfriend flirts with other guys at work sometimes. Is flirting considered “cheating”? 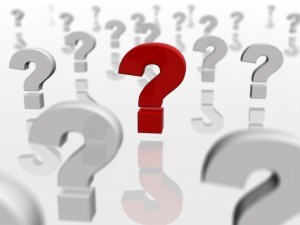 It’s often difficult to draw a line between “harmless conversation” and “cheating,” but here’s a few warning signs that indicate the flirtatious behavior of your girlfriend may have crossed the line:

If It Occupies Much Time

When your girlfriend tends to flirt regularly — i.e., every shift at work — with the same guy, then it’s probably gone beyond “harmless.”  Remember that it’s not always about the content of these conversations, but also the frequency.

If It Happens “Under the Radar”

If your girlfriend feels the need to be secretive about her flirtatious habits, then that’s a clear sign that she has at least subconsciously determined that her flirting is not something that she wants to be public.

This type of secrecy can take many forms, including deleting text messages and emails or avoiding conversing with the person while your partner is present.

If It’s Sexual in Nature

Let’s be honest:  most flirting never leads to anything physical.  But if your girlfriend’s conversations with the dude at work feed sexual fantasies or include thinly-veiled sexual innuendos, it’s gone beyond “harmless banter” and entered the realm of “infidelity.”

If It Replaces Partner Interaction

If your girlfriend’s flirty conversations with a co-worker supplant discussions you and her might have otherwise had, then it’s an indication something in your relationship is amiss.

Your romantic partner should be the first one you discuss personal or intimate matters with, not a friend from work. 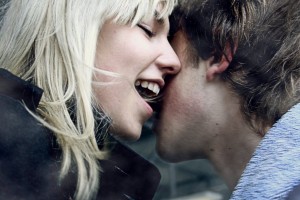 When other people at work notice your girlfriend’s flirting enough to mention it or talk about it openly, then it’s probably crossed the line and become too public and too blatant.

If It Contains Discussions About Your Relationship

Discussing private, inter-marital (or inter-relationship) issues with a co-worker or friend of the opposite sex is both disrespectful and ill-advised.

The intimate details of your relationship, as I mentioned earlier, should remain private, especially when it comes up in a flirty conversation with someone of the opposite sex.

If It Ever Becomes Remotely Physical

If the conversations and flirty chit-chat turn into touching (even of a fairly innocuous nature), hugging, or anything remotely out of the norm, then there’s absolutely no question that things have become serious and there’s some real infidelity going on.

Now, I realize it may be difficult to identify some of these “red flags” that indicate whether your girlfriend’s flirting with a co-worker has crossed the line.

But, rather than poke and prod and try to be nosy about it, you sit back and wait for a while until you can get a clearer picture of the situation: Is she really flirting with this guy all the time?

Are they flirting, or just good friends having a friendly conversation?  Is there excessive communication outside of the workplace?

If (and I hope this isn’t the case) you see some of the warning signs I mentioned above, it may be time to approach your girlfriend and explain your feelings about her flirting.

Don’t accuse her of anything, just tell her that it makes you upset and ask her to respect your feelings on this.