You are here: Home1 / Dating2 / Texting: How to Tell They Like You

This is a tough thing to do.

Human beings evolved to communicate both openly and subtly. Over a tremendously long period of a million years, hominid ancestors and modern humans managed – without any kind of writing – to find mates. They could tell – even the Neanderthals, even the Australopithecenes, when they liked each other. And they managed to perpetuate the ancestral line and the human species successfully.

So why do we find it so hard today to figure out something so straightforward? Does he like me? Is she interested with me? How can I tell?

The Evolution of Showing Affection

Times have, indeed, changed, but they have also remained the same. Before spoken language evolved, our ancestors still did a good job of figuring out who liked whom. Figuring out attraction was simple and straightforward, and you had to do it pretty much face to face.

There simply wasn’t any other way to figure out if somebody liked you or not without actually seeing them and spending some time with them. You could tell by the way someone looked at you, by a subtle touch on the arm or leg, by the tickle of their foot on yours under the table, and so on.

Writing then added a further layer of complexity, once it became possible to write your love interest a letter telling them how you felt, or once you could write “I love so-and-so” on a rock or carve it into a tree for everyone in the world to see. Then you didn’t have to necessarily meet face to face.

But seduction by mail is a pretty slow process, and technology naturally sped things up. That wasn’t necessarily an improvement.

Once we got past paper letters to email and texting, well, you could – theoretically, anyway – flirt with someone and try to find out if they were attracted to you without ever seeing them face to face, or without spending time with them. But it got harder than ever.

Here we are now, in the modern world, when texting is ever-present and incredibly easy – just type a couple letters with your thumbs and hit send and the message is already being read by your intended recipient. And it’s so easy for them to quickly type back. In just a few minutes, you can have a lengthy conversation. It might seem, at first glance, that texting makes it much easier to get to know someone and to figure out whether they are attracted to you. 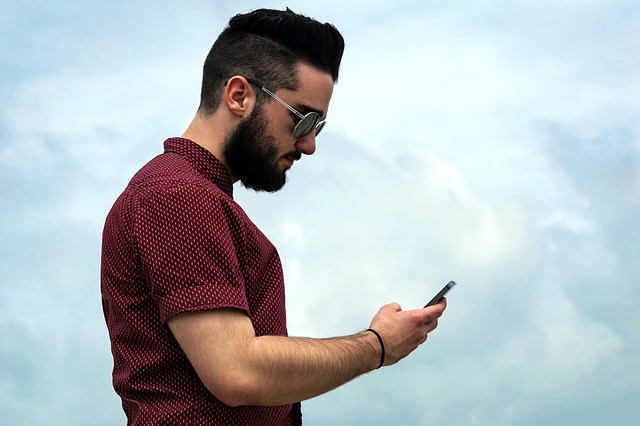 Think about it – all you can send in texts is a minimal amount of information, a few characters, a few words. Why do you think emoji were invented? Although the message of those characters and words may be exciting and might seem romantic, a whole lot of the human seduction and attraction arsenal is missing from texts.

Much, if not most of human attraction is chemically and physically based. We are, ultimately, physical creatures, and sex is a physical experience.

We are attracted to other people by the way they smell and taste (when we kiss them), by the way their faces are shaped (bilateral symmetry is where it’s at) and by subtle physical and emotional cues like the way someone laughs.

You can’t smell someone’s subconscious pheromones, or see the genetically perfect symmetry of their face, or thrill to the timber of their laugh by text. What you can tell by text is if someone likes you enough to take the ten or fifteen seconds required to type a few characters on their phone. That limits the amount of information you can guess at based on their texts. Texting is so easy – that’s the big problem. Anyone can text anyone.

Going back in history, it took more time to write a proper paper letter and send it to your love interest, and to wait for them to write back. That delay in communication, like the time-lag NASA will experience talking to astronauts as far away as Mars, is a good thing, in romance, anyway. Finding ways to communicate that allow for that kind of time is a surer way of telling if someone is attracted to you or not.

Given the limited information you’ve got that can help you figure out whether someone likes you by their texts, you are going to have to make some guesses:

How often does someone text you? That isn’t necessarily a reliable indicator, since it’s easy for anyone to text anyone. So if they text you all the time, that could mean they like you, but it might not mean more than they are chatty.

When do they text you? Romantic times are late at night (he or she is awake, can’t sleep, and is thinking of you) or first thing in the morning (the first thing she thinks of is you) or perhaps at bedtime (he’s going to sleep and wants to connect with you before ending the day). Unsolicited texts at one of those times are a pretty good indicator of interest. If the person is just replying to earlier texts you sent, well, that’s less promising. They might very well still like you, but it’s harder for you to tell.

What is the content of their texts? “You’re sweet” or “You make me laugh” are messages that can indicate romantic interest, depending on the context. Also, texts that praise your physical appearance are generally a good sign – “You looked great in that suit today” or “Was that a new dress? It looked fantastic.”

These messages, though rather clumsy via text, take the place of the more vivid physical and in-person ways we show interest to each other – dilated pupils, body language, smiling and laughing, a subtle touch.

So, yes, you can make a pretty good guess whether someone likes you by the texts they send. But it’s still a guess, and until you get some better, in-person, physical evidence, you can’t be sure.