You are here: Home1 / Just For Fun2 / 10 Fascinating and Funny Facts About Sex

Who doesn’t enjoy an interesting scientific fact every now and then? After all, this is Love Learnings …

And in this post, it’s all about SEX. In particular, FACTS about sex!

1. Early Condoms Were Made of Linen or Animal Intestines

Early condoms, mainly from China or Japan, were made of many different and unusual materials. Typically, they only covered the head of the penis, not the entire thing. (Also, really, how effective would a linen condom be? Better not try it out unless you’re ready to start a family!). 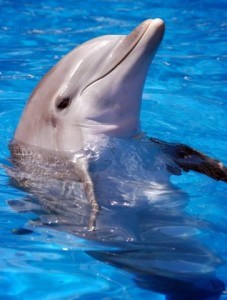 2. Dolphins and Bonobo Chimpanzees Have Sex For Fun

These are the only other species (aside from humans) that are known to engage in sexual intercourse for pleasure.

3. A 25-Minute Session of Vigorous Sex Can Burn Over 150 Calories

That makes it a good replacement for the treadmill — and significantly more fun!

5. It Takes Two Tablespoons of Blood for an Erection

That’s not much, considering that a single blood donation is usually 2 pints of blood.

6. The “G Spot” Is Named After Dr. Ernest Grafenberg

Was he lucky, or are there millions of men angry that he discovered something they have yet to find?

So powerful, in fact, that virgins were restricted from contact with them. (That’s … odd?).

8. A Man Will Ejaculate 500 Billion Sperm in His Life

That’s half a trillion sperm over the course of 50 years. Wow!

And to think that many people have used “a headache” as an excuse to get out of sex. Scratch that off the list!

As a result, it’s likely that the majority of the adult Canadian population regularly committed an illegal act prior to 1969. Then there’s that whole 69 thing …

Well, did you learn something new about sex?

If you’ve got some other fascinating or hilarious facts about sex, share them with us in the comments section below!