You are here: Home1 / Marriage2 / How to Create a Marriage Made in Heaven

This is getting things backwards – compare how much time the typical person spends courting and dating and how long marriage lasts.

Marriage is meant to endure a long time, years, decades. So it deserves a great deal of planning, thinking, and effort, much more than we put into our dating lives.

But often, people relax once they’ve said “I do.”

We’ve all heard the stories about people letting themselves go after marriage. They just stop trying.

Our Hollywood romance industry and popular music are partly to blame for this laziness, because they focus primarily on the “boy meets girl” part of the story.

Dating and romance are short, marriage is long. Courtship can be a sprint, and often feels like it, leaving us breathless, with our hearts pounding and sweat on our brows. But marriage is a marathon, and requires a completely different mindset.

How do you go about making a marriage that will endure, and not only endure, but flourish, for decades, a “marriage made in heaven?” 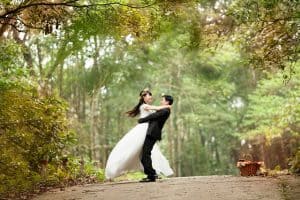 The first thing to do is to understand and accept that marriage is fundamentally different from dating and courtship. It is a slow, long-lasting experience. Because it is such a long experience, there are inevitably going to be times of difficulty and suffering. It’s important to accept that from the start.

Marriage lasts a long time – a lifetime if you’re lucky – and it will have ups and downs.

Many people pay lip service to that idea, but they don’t really understand that an “up” or a “down” can last for a long time. You can have bad months, bad years, even a bad decade. Marriage takes patience.

But because marriage is a partnership, it is stronger than either person alone, and that is how a marriage can survive the inevitable tough times that occur. So it is important to understand that a marriage is both of you.

We all know that two plus two equals four. But in a marriage, if you work at it, two plus two can equal five, not four. That’s the magic of it. Because the two of you work together, your relationship is greater than the sum of its parts. So understand that you are a partnership. Lean on each other when you need to. Don’t keep bad news from your spouse because you don’t want to burden them with it. That is treating your spouse like they are a child, too delicate to handle bad news.

Communication is really the key to a strong, successful partnership. Build communication into your marriage from the start.

When you are courting and dating, everything the other person says, no matter how mundane, can seem fantastically interesting because it is new, and they are new, and you are falling in love. But after twenty years of marriage, hearing (again) about the grind at your spouse’s office doesn’t seem quite so fascinating anymore, and it’s all too easy to tune out or even resent them for telling you about it.

Arrange to have a conversation with your spouse at least once a week, more often if you can.

Take turns talking to each other and listening to each other. When it is your turn to listen (use a timer if you can’t stop interrupting each other), just listen. Say nothing. Let your spouse talk and talk about whatever is on their mind.

When it is your turn, you do the same. Do not directly reply to what your spouse has said unless they ask you for help or advice. Give your spouse the dignity of solving their own problems – they are a grown up, after all. If they ask for your help, then it is OK to give your advice.

Eventually, if you practice this sort of turn-taking talking long enough, it will become automatic.

Sharing your dreams is also an important ingredient in keeping your marriage healthy. Whatever your dreams are, and however likely or unlikely it is they will ever come true, it is still vital to have dreams, and to share them. Make sure you have dreams, big ones and small ones, and that you share them with your spouse.

Maybe you dream of owning your own home someday, or of being CEO of a company, or of starting your own business, or of climbing Mt. Kilimanjaro or Everest, or of losing twenty pounds, or running a marathon, or getting a puppy, or learning to tango.

What you dream isn’t nearly as important as just having a dream. If you don’t have a dream, it can’t ever come true. 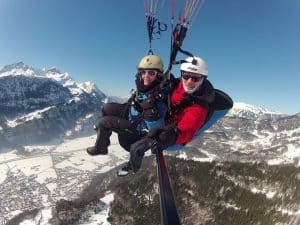 Make sure you and your spouse talk about your dreams. Your spouse should know what you dream about. And you two can concoct couple’s dreams, too – a vacation in Italy or Tahiti, taking a French cooking class, buying a tandem bicycle, whatever it is isn’t important. But doing it together is important. Dreaming helps give focus and direction to your marriage.

Speaking of tandem bicycles – I have some friends who rode a tandem bicycle, the kind built for two, from Alaska all the way down to Tierra del Fuego at the southern tip of South America. It took them two years, and it wasn’t easy. Naïvely, I asked them why they didn’t take two separate bicycles.

“If we’d taken two bicycles, we would’ve gotten divorced,” they said with a laugh. “It’s because we took one bicycle that our marriage survived.”