You are here: Home1 / Relationships2 / 6 Reasons Why Your Boyfriend Is Acting Distant

Anyone who has been in a relationship for more than a few months knows that there are ebbs and flows in terms of attentiveness. Between the stresses of real life and the natural evolution of relationships, staying on-point with constant attention and care to one another is not only exhausting – it’s impossible!

However, men especially are notorious for pulling away from their girlfriends at different times, many of which have nothing to do with their relationship itself. Similarly, women tend to overreact to the normal ebbs and flows of a relationship and see a distant boyfriend as an immediate sign of trouble in paradise.

That’s why it is so important to recognize the reasons why men act distant in the first place. This way, you can better assess why your boyfriend is pulling away and whether or not it is truly cause to worry.

1. The Honeymoon Is Over

In the first phases of any relations 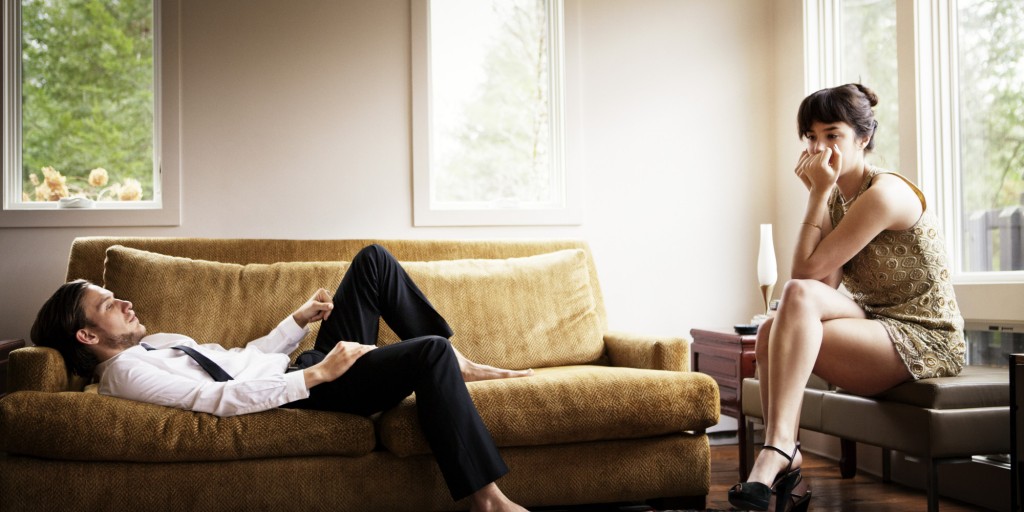 hip, couples tend to overdo it on togetherness. They “always” have time for one another, are constantly posting silly selfies and status updates, and literally cannot stand to be apart.

This lovely, addictive part of a relationship is known as the “honeymoon phase” and it is controlled as much by your feelings as by your hormones, which go into overdrive at the introduction of a new, exciting mate. After a while, however, usually about 6 months) the need to focus on other parts of life and be “real” with the person you are with takes over.

While this isn’t necessarily a bad change in a relationship, it is a significant one. Pay attention to his attentiveness as well as other changes in his behaviour during this period and use it as a means to assess whether or not a long term relationship with this real person is one that you want.

A man who is trying to solve a problem or move from one phase to another of a project and can’t quite get it, is likely to obsess over that problem or project constantly. Men, by their nature, are “fixers” and problem solvers, which makes running into a snag at the office more than a 9-5 problem.

Similarly, if a man feels like his job security is compromised, the need to provide both for himself and his future family (i.e., you) will cause him to worry and retract as he tries to figure out what is really happening and what he can do to fix/stop it. In these cases, it is important to let him work things out on his own. You can ask questions and try to remain open, but if he doesn’t want to talk about it, don’t force it.

Especially early on in your relationship, when you haven’t had any really big fights, men may worry about the fallout following a disagreement. Even if he is over it, he may fear that you are not, and thus decide to say nothing rather than reignite the flames of anger. In this case, approaching him with a peace offering can go a long way.

4. He’s Hiding Something … But It’s Something Good!

Many people, men included, are terrible at keeping secrets. Therefore, if he is planning a big surprise party or has bought you a special gift, he may be too scared to talk to you too much, for fear of spilling the beans.

So if your boyfriend is acting distant around your birthday, anniversary, or Christmas, give him a little leeway until the event has passed- you may be pleasantly surprised.

The first of two not-so-good reasons men act distant, depression is not always easy to spot because it manifests differently depending on its causes and the type of person dealing with it.

If you think that your boyfriend is depressed, it is important to remember that this is his problem, not yours. Lending support is critical, but he may not always want to talk to you about it.

Instead, try to be open and remain nonjudgmental. If you can, offer resources and other support systems to him.

Of course, every girl’s worst fear is that her boyfriend’s distance signals the end of their relationship or at least a turn toward it. As this list clearly displays, that is not always the case, but obviously, sometimes it is.

Sometimes men will pull back when they want to end a relationship but don’t know how – hoping that you’ll do it for them. Other times, they just need space to assess the relationship and whether it is what they really want. If you think this is why he is acting distant (i.e., none of the other scenarios apply) then you should take the opportunity to do the same.

Either way, do not automatically jump to this conclusion every time your beau pulls back. Many times, men just use distance as a way to centre themselves and stay grounded. It is far more important to stay attentive to yourself and your own needs while remaining open and honest with him. Then, when he is ready to talk, he will know where to turn.

Still confused with what to do next? I can offer you my unbiased perspective through email coaching and you may also take matters into your own hands by reading my comprehensive Ex Factor Guide to help you regain your balance in your relationship and get your ex back.