You are here: Home1 / News & Research2 / From Selfies To Crazy Tweets: Why Are People ‘Oversharing’...

The University of Chicago is saying that the increased amount of digital communication is causing people to “overshare” online.

There’s no shortage out there of overly dramatic teens sharing sexy photos of themselves on Facebook. Or distraught males crying out for attention on Twitter. So what gives?

“Sharing itself is not new, but consumers now have unlimited opportunities to share their thoughts, opinions, and photos, or otherwise promote themselves and their self-image online,” says author Russell W. Belk.  “Digital devices help us share more, and more broadly, then ever before.”

Blame It on Websites 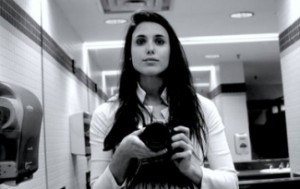 A photograph known as “The Selfie”

Websites today are encouraging people to share more and more. YouTube channels encourage people to tell stories about their life on camera. Facebook is all about sharing photos of families and friends. Twitter gives people a chance to tell the world their thoughts in a split of a second.

In fact, sharing has become a staple in the world of smartphones. Anything you find online – YouTube videos, photos, etc., can be shared with thousands of people with a click of a few buttons.

The Dark Side of Sharing

Of course, sharing can hurt as much as it helps. Professional athletes’ careers can alter dramatically with an ill-placed tweet. Paul Bissonette, an NHL hockey player, was forced to shut down his Twitter account for posting inflammatory comments towards another player.

Controversy can affect an individual in a number of ways: Posting pictures of oneself nude or in a controversial position can affect a person’s ability to get a job, a promotion, and can even ruin relationships.

“Due to an online disinhibition effect and a tendency to confess to far more shortcomings and errors than they would divulge face-to-face, consumers seem to disclose more and may wind up ‘oversharing’ through the digital media to their eventual regret,” Belk says.

So what do you think about this problem of “oversharing?”

Should teens be taught by their parents to “keep it in their pants” so to speak? What does this tell us about our culture?