You are here: Home1 / News & Research2 / Online Predators Are A Different Breed Of Sex Offender

A new controversial report from the University of New Hampshire says that online predators are a distinctly dangerous variety of sex offender, requiring special programs to help shield vulnerable youths.

Cell Phones and the Internet

UNH Crimes against Children Research Center says that this new breed of sex offende is relying heavily on digital avenues to communicate with their prey. These sex offenders often times use cell phones and the internet to help lure these teens (often times females) into sexual relationships. 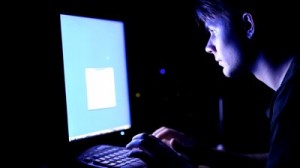 How can we stop online sex predators?

“These are all serious crimes,” said author Janis Wolak, senior researcher at UNH. “But the so-called ‘online predators’ are more insidious.”

The study took 143 cases where sex offenders met with underage victims, where 139 of those victims knew the sex offender  in an offline setting (like in schools, churches, etc.).

Almost all of the cases involved sexual activity with the underage victims, and in some cases, statutory rape.

In almost all the cases, the internet was involved. In some of these cases, the sex offenders were able to solicit pictures from their victims.

So what does Wolak propose to combat these startling findings?

A Need to Emphasize Dangers Online

“We should start emphasizing the dangers of online strangers,” says Wolak.  “We should start teaching children and adolescents to understand and resist sexual advances from adults, whether met online or in-person and whether made through online communications or in-person. That would do more to protect young people.”