You are here: Home1 / Breakups2 / Want Your Ex Back? Don’t Send Toxic Texts

If you’ve read some of my other posts, then you probably know that I recommend using text messages to re-attract your ex (and, eventually, win them back for good).

But, be aware: not all texts will help your cause! Some types of text messages can actually blow your chances completely. That’s what this post is all about: “toxic” texts that will send your ex boyfriend or ex girlfriend running.

After a breakup, many people feel compelled to beg their ex for another chance … after all, it’s only natural to try and change someone’s mind when they’ve made a decision you’re not happy with.

But any text message that involves begging, pleading, or promising your ex that you’ll change your ways is doomed to fail.

See, no matter how logical it might seem to ask your ex for another chance and reassure them that things will be different next time around, that will simply never work.

The only way to get your ex back is to rebuild their attraction for you … you can’t use words to make your ex love you again, you need to build natural attraction so that they WANT you back.  After all, love is a two way street.

So, don’t send your ex any texts begging for another chance or promising to change –it’s just a bad idea, period. 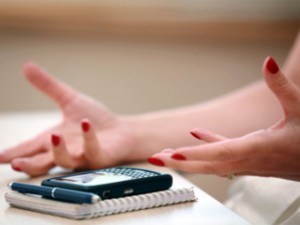 Yes, I know, you want to know why your ex broke up with you … maybe you’re looking for closure, or maybe you just think another “serious discussion” will help you work out the problems in your relationship that led to breakup.

Keep Closure Out of It

Well, maybe months down the road you can ask your ex for some closure, but it’s best to completely avoid all talk of your relationship, the breakup, and anything else that’s “serious.”

Remember, you want to build your ex’s attraction, and re-hashing the same old drama is not going to help with that one bit.  Usually, it just reinforces your ex’s decision to break up.

Sometimes, you may wind up hating your ex’s guts, whether they’ve done something wrong or not.  But, regardless of how intense your anger and desire for revenge might be, sending your ex angry messages and trying to hurt their feelings with mean, insulting comments won’t do you any good.

Honestly, it probably won’t even make you feel any better — and it will definitely kill your chances of ever getting back together.

This is something I talk about a lot in my Ex Factor program, because a lot of people think that texting their ex something like, “hey whats up” or “how’s it going” will help stimulate a conversation.

Well, actually, no… it usually does the opposite.  Why would your ex reply to boring messages like that?  If you want to get a reply, and get your ex to start thinking about you again in a positive light, then you need to be interesting and funny… at the very least, make sure your messages have a purpose beyond just “reconnecting”.

When it comes to texting, remember:  Be fun!  If your ex enjoys texting back and forth with you, then they’ll continue to reply and will start to think of you as “fun” and “interesting” again, which is what you want if you’re trying to rekindle the romance after a breakup.

If you send your ex a message and he or she doesn’t reply, then that conversation is dead and you need to leave it in the past.  The worst thing you can do is send more messages asking “did you get my text” or “why didn’t you reply to my last message.” That makes you look needy and desperate. 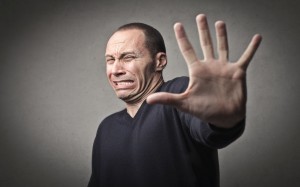 If you don’t get a reply, then wait a while — don’t message your ex again a few days, or in some cases, a few weeks.  Then, when the time is right, try again with a different message and a different approach.

If you’ve sent several messages and haven’t heard any replies at all, then you’re either doing something wrong or your ex simply isn’t interested in talking with you at all.  Whatever you do, don’t bombard your ex with messages and don’t make it look like you’re desperate for a reply.

A lot of my clients have, at some point after their initial breakup, tried to win their ex back by telling him or her how much they love them; how badly they miss having them around; sometimes, they’ll write out a lengthy love note pouring their heart out and send it to their ex as a “last ditch effort.”

You probably know by now why this is a bad idea, but if not, I’m going to spare you the in-depth reasoning and just say this:  don’t tell your ex you still love them, you miss them like crazy, or anything of that nature.

There can be times when this is appropriate, but unless you’re at that point and know when the time is right, then you’re best just to not text your ex this sort of message — at all, ever.

So, if you’ve managed to avoid sending your ex any of these six messages so far, then congratulations, because most people will send at least one or two of these texts in the weeks after their breakup.

Don’t worry if you already have, though.  From now on, just make sure to avoid sending these types of negative text messages, and you’ll be doing yourself a big favor.

Want to learn more? Find out how this women won her ex back and saved her relationship.