One of the best things you can do for your relationship is to throw away your smartphone. Do it right now. Chuck it off a pier into the ocean. If you’re not quite that brave, just shut it off and stick it away somewhere in a drawer. You don’t need it, and it can actually harm your relationship if you aren’t careful.

Why? Because social media, which is the main thing people use their phones to access, is a distraction from reality.

Everyone’s heard the jokes about a couple dining at a restaurant while they both update their social media profiles and take pictures of themselves and their food, paying absolutely no attention to each other.

That’s a funny story when it’s somebody else. But when it’s you ignoring your partner and your relationship, it’s not funny. It’s tragic. And it’s quite true – people do it in restaurants and I’ve seen couples walking down the street looking at their phones rather than talking to each other. Studies show that ignoring your partner is a big factor leading to breakups.

Connecting With a Human Being in the Present

Love and relationships are about connecting with another human being in the present moment. The way you connect with your partner is to pay attention to them, to look directly into their eyes, to hold hands, to touch each other, to make each other laugh.

Though we aren’t consciously aware of it, much of our attraction to and bonding with another person is based on subtle scents. That connection can’t happen very easily via the Internet.

What Has Social Media Done for You? 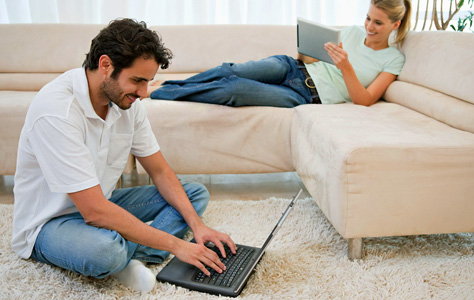 Sit down and ask yourself – on paper – What has social media ever done for me? Write down your answer. Make a list of all the improvements in your life and in your relationship that using social media has improved.

There are some legitimate advantages social media can confer, particularly to grandparents, who wish to share photos of their beautiful, handsome, adorable, talented grandchildren with friends near and far. That’s not a problem.

Online dating can also be a legitimate and helpful use of social media. If you live in an isolated area and have trouble meeting many people, the Internet and social media can help you find someone to date. Of course, there are many better ways to meet quality people, and the best of them are the tried and true old ways – getting out and having fun and living your life while interacting with fun people.

That means joining a club or taking a class that throws you together with other people in a fun environment.

Social media can also help you network and connect with others when you need to find a job. I have no problem with that at all. But do it during work hours, and be clear when defining those hours.

Certainly, if you’re spending the season at an Antarctic research base, where your social group is similar to that of a mission to Mars, social media can be a real lifesaver, reminding you that the dozen scientists you work with and see day after day after day after day and who bathe just once a week aren’t the only human beings in the universe.

Then I say, fire up that social media app! But if you live in a community of other people, like most of us do, get out and actually see and meet and talk to some of those other human beings. 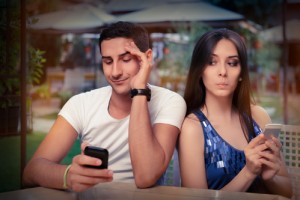 But however you find love, once you’re in a relationship, it’s time to shut down social media. Spend time with your partner, looking in their eyes, holding their hand, resting with your head in their lap on the couch, spooning with them in bed.

Cook your dinner together. Take a walk around the neighbourhood. Go for a drive or a bike ride. Swim together at the local pool.

Make a commitment to shut off your phone whenever you don’t really need it – and that means in the evening and at night when you should be paying attention to the person right in front of you rather than jumping every time a “status update” alert pings from your phone.

Otherwise, the message you are sending your partner is a powerful one – Other people matter more to me than you do.

But the truth is, you’re ignoring your partner much of the time, and that’s not attractive, that’s not kind, that’s not sexy.

Time to stop bragging or complaining about your life via social media. Time to start living your life – with your partner – instead.