You are here: Home1 / Relationships2 / How to Forgive When the Apology Never Comes

There’s nothing harder than forgiving someone who isn’t sorry. Letting go of a grudge or moving on as if nothing happened is a tough move to make, and it requires a lot of self discipline – but it is possible.

When a loved one hurts you the pain can be like a heavyweight. Sadly, there won’t always be an apology. The trouble here is that when you hold onto those feelings they’ll not only affect your relationship, but your life outside of it as well. Simply put, it creates a wall between you and intimacy. So then how do you forgive someone who’s hurt you and simply brushed their actions aside? Why should you let them get away with it?

The truth is, forgiveness is your key to future happiness. Carrying around resent or bitterness will get in the way of moving on positively, which is important for future relationships. By choosing to live in the present moment instead of the past you’ll not only be happier, but also more attractive to others. That said, forgiveness doesn’t just happen, you must choose to forgive. To do so you don’t have to forget what happened, but rather you need to release negative emotions attached to the bad memory and go on with your life.

Why You Should Practice Forgiveness

Here are ways to begin the forgiveness process:

Decide If the Apology is Really Necessary

An apology may be what you want to hear, but realizing that you might not ever get it is the first step to healing. Sometimes waiting and waiting only hurts you more in the end, which is why it’s important to let it go. Sure an apology would have been nice, but an “I’m sorry” is going to magically make you forgive what’s been done anyways. 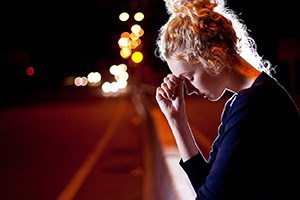 In order to forgive you must process your emotions. Giving yourself permission to feel them for a while without thinking that it’s wrong to feel this way is key to your recovery. To do this, take a few minutes each day to comprehend your emotions then move on and do the things that make you happy.

It may take days or even weeks before you can forgive, but by allowing yourself to feel your emotions you’ll be able to move on sooner.

Talk About Your Feelings

Rather than bottling up your emotions, get them off your chest and out in the open. Blowing off steam is a great way to move yourself into the forgiveness zone. Confide in someone you trust, be it a friend, family member, therapist, etc. If none of these options feels comfortable to you, then write in a journal or even an anonymous online blog. Letting your emotions out can help you move on. 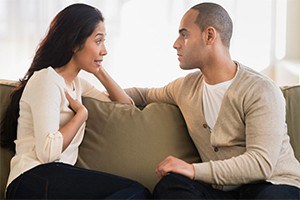 No relationship can move forward if you can’t be honest. Rather than lying to yourself and partner, pick three specific incidents from your relationship and address them with your loved one.

Since unleashing every little move or mistake that’s wronged you will only lead to fighting, you may have to pick your battles and overlook some offences.

Once you decide which incidents are worth talking about, do so and try to come to a resolution together.

One of the most damaging things you can do is to blow up at your partner when you’re angry. Instead of letting your feelings fly, don’t say, write or do anything you will regret. If you’re not ready to work on the relationship then say so and ask for time. Having the courage and integrity to ask for what you need is important and it’ll help prevent further damage. 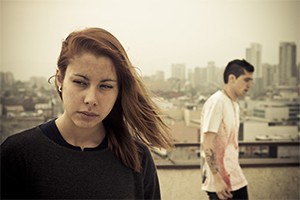 No matter how much the weight of the situation may be on your chest, not apologizing is that person’s problem, not yours. An apology or a lack thereof is a reflection of the other person’s character, not your worth. When somebody causes harm and refuses to accept responsibility, they are telling you who they are, not who you are. When someone is too cowardly to admit fault, they are showing you their shortcomings, not yours. And just because somebody displays an utter lack of empathy, it does not mean your pain is not real and valid. When you wait for an apology, you are allowing the person who harmed you to continue to harm you. You’re letting them decide if you get to be okay again. Instead of giving them this power, learn how to carry on without ever having the other person say they’re sorry.

No one is perfect and we all have little quirks that are unique to ourselves. When trying to forgive your partner for something, ask yourself what might have caused him or her to behave this way. Why wouldn’t he/she feel badly about it?

Do you know something about their past, upbringing or mental health that can give you insight into their actions? Recognizing the logic behind another person’s actions is not the same as excusing their actions. Maybe your boyfriend physically abused you, and you happen to know that his father abused him as a child. While this can give you empathy towards him, it shouldn’t make you feel like his actions were justified. 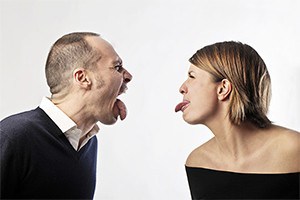 In some cases, you may be perfectly innocent of any wrongdoing. On the other hand, you may have done something that caused your partner to act the way they did. For instance, if your boyfriend cheated on you because you never made time to see him, or your husband left you for someone else because you always put him down.

Believe it or not, your actions can greatly influence those around you. That said, this doesn’t mean that you are to blame, but is it important for you to reflect on your own behaviour before moving on.

This may be the hardest step of all, but in the end you just have to let it go. Try imagining the weight of your hatred, anger, and hurt leaving your body and flying away like a bird. Considering what your life would be like without the extra baggage can be inspiring, so much so that it allows you to forgive.

If after finding forgiveness you feel those negative feelings creeping back in then you may need to revisit some of the previous steps or consider seek counselling.

At the end of the day apologies can never undo what’s been done. Learning to forgive is more about helping yourself than it is someone else.

Do it for you.