You are here: Home1 / Breakups2 / How To Make Your Ex Chase You

Force Your Ex To Chase After You

Let me guess: Right now you’re assuming that the only way you can get your ex back is if you can convince them to give you a second chance. You probably think that it’s up to your ex to decide whether you’ll ever get back together or be more than just friends.

Actually, that’s not the case.  If you follow the correct process and get some expert guidance, you can flip the situation on its head and have your ex chasing after YOU!

Sound Too Good to be True? It’s Not

This may sound a bit unrealistic, even “too good to be true,” but believe me… it’s not!

The most effective means of winning back your ex is to make him or her chase you and beg you to get back together. Allow me to explain.

Whatever the scenario surrounding the breakup between you and your ex, the fact of the matter is that it was probably not something that you were happy about. If you love this person and want to rebuild a romantic relationship with them, then I’m assuming you were the one who got dumped.

Even if you agreed at the time that it was a good idea to spend some time apart, it was probably your ex’s idea to break up in the first place, right?

Stealing The Power Back From Your Ex

At that point in time — when your ex broke up with you — he or she was in a position of complete power.

Since they made the decision to break up with you, and the relationship came to a halt despite your desire to stay together, you were made completely powerless.

You probably would have been willing to walk 100 miles in a blizzard if it meant your ex would change their mind about the breakup, right?

In other words, if your ex wanted you back, all they had to do was ask. And you would’ve been happy to go along with this.

But now that the breakup is real and your ex hasn’t changed their mind (yet!), it’s time to take back the power and put yourself in a stronger bargaining position.

It’s time for you to take control of the situation and remove your ex’s safety net. By doing this, you’ll actually be turning the tables and taking the first step towards making them chase after you.

Avoiding Your Ex Helps to Win Them Back

What’s the very best way to demonstrate to your ex that you no longer need them in your life? By ending all communication for three to five weeks.

This period of time is crucial, because it will be totally unexpected from your ex’s point of view. They still think they’ve got you under their thumb at this point, and probably assume that you’ll come running back in a heartbeat if asked. 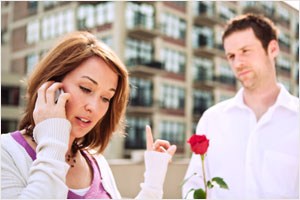 By disappearing off your ex’s radar, you’re communicating to them that you’re okay with the breakup and that you are ready to move on and replace your ex with someone new.

That may not be true, but it’s important that your ex thinks that’s the case, and trust me, they won’t try to call your bluff.

As the weeks pass by and your ex still hasn’t heard a peep from you, they will be powerless to stop feelings of longing and nostalgia from forming.

With you suddenly out of the picture completely, your ex will almost certainly begin to miss you badly and wonder if breaking up with you was a big mistake.

Your ex may have told you they still want to be friends and would like you to continue to be a part of their life.

Why do you think they would suggest that? It’s because they want to keep you as “plan B”: a fallback option in case he or she decides that breaking up with you was a mistake, or in case the single life is a bit less glamorous than they imagined it would be (and it usually is!).

By not talking to your ex for a while, you’ll be sending a clear message: breaking up with you means that they risk losing you completely, and friendship is not an option.

You’re not going to stick around to be your ex’s backup plan, and they won’t be able to have you back at the snap of their fingers. 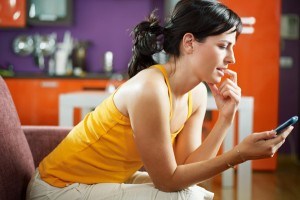 If your ex tries to contact you — and they probably will at some point during the “no contact” phase — then you have another opportunity to show your ex they’re no longer in control.

(Note: any time you talk to your ex, either by text message, phone call, or in-person meeting, make sure you’re 100 percent casual and calm.)

You want your ex to see that you’re moving on, that you’re busy with a social life, and that there are lots of other guys or girls lining up to take your ex’s place by your side.

When your ex sees that you’re not fazed by the breakup or the thought of life without them, they’ll begin to realize that the decision to break up with you has major consequences.

In other words, your ex will realize that they’ve let go of you and that you’re not coming back just because they want to give you a second chance.

In effect, you’re removing your ex’s safety net and frightening them with the thought of you permanently disappearing from their life.

Wait for Your Ex to Start Chasing After You

If you’ve done what I’ve just described properly — and if your ex has realized that you’re OK without them, and that you won’t be a “plan B” for them if other plans don’t work out — it’s extremely likely that your ex will begin to contact you with increasing frequency. 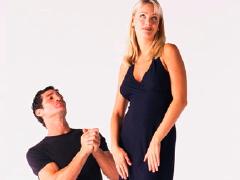 Your ex may try to re-claim the balance of power by throwing you nuggets of affection and by talking about past memories you shared together. Stay strong and don’t give in.

Sooner rather than later, you’ll find that he or she has become more and more desperate to get a response from you.

As your ex begins to get more and more scared at the thought of you being gone forever, they’ll intensify their attempts to hang out with you and maintain contact. Lo and behold, assuming you’ve played your cards right, your ex will actually end up chasing after you.

They’ll ask for forgiveness, tell you the breakup was a mistake, and ask for another chance. When that finally does happen, you can smile, because you’ve successfully flipped the balance of power upside-down and forced your ex to come running after you.

Unfortunately, the process described above is usually more difficult and more drawn-out than the way I described it. You may run into unexpected complications — maybe your ex is dating someone new, maybe they show a lack of interest when you re-establish contact, and so forth — that will leave you confused and wondering what to do next.

My Comprehensive Guide To Making Your Ex Chase You

Rather than fumble around and make a major mistake that could hurt your chances of getting your ex back for good, you’d be wise to invest in a reputable, comprehensive program that will walk you through every possible scenario you may face.

My #1 best-selling program, The Ex Factor, does exactly that: it lays out dozens of possible “what if” scenarios, and shows you how to overcome these challenges and continue winning back your ex’s heart.

The Ex Factor also includes dozens of sneaky psychological tactics that you can use, starting today, to begin winning back your ex’s heart. You’ll have a proven game plan laid out for you, and you won’t fall victim to the common mistakes that often kill your chances of ever getting your ex back.

I can’t stress enough how important it is to be prepared for whatever your ex throws at you, which is why programs like mine tend to give a big boost to your chances of long-term success.

To learn more proven tactics that are guaranteed to help you win back your ex, just head over to my website and watch the brief video presentation (there’s a free video for men here and a free video for women here).

Hopefully you found this article helpful… be sure to leave your feedback and questions in the comments section below. Best of luck!

Why Your Ex Sends Mixed Messages