You are here: Home1 / Dating2 / How To Text Your Crush

So you want to text your crush.

Get ready to obsess over the perfect text for an hour

…accidentally use a heart emoji

…and don’t forget to glue your phone to your palm while you’re waiting for that text back!

But what if there was a better way? I’m going to show you how to text your crush and stay sane at the same time!

Why Text Your Crush At All?

Texting isn’t only a great tool–it’s completely necessary. As much as sometimes we’d like to skip texting altogether and just go out on nice dates, texting has become a part of dating. The girls who don’t text don’t get the guy.

The Do’s and Don’ts of Texting Your Crush

If you’re looking for a few things to go by when texting a guy you have a crush on, look no further. I’m going to give you the dos and don’ts of texting your crush so you can get him to ask you out.

This one is hotly debated. But the truth is emojis are fair game. Don’t use them in every text or you could look a little superficial but a well-placed emoji can do a lot to bring fun and life to your messages.

There are plenty of great ones that will make him smile and make you stand out from all the other girls out there. One of the best things about emojis is that they can tell him how you’re feeling and when you’re making a joke. Just steer clear of the heart emoji for now.

It’s okay to send him a couple messages at the same time but don’t send a message, wait for him to respond for ten minutes, or twenty, or two hours, and then send another message. 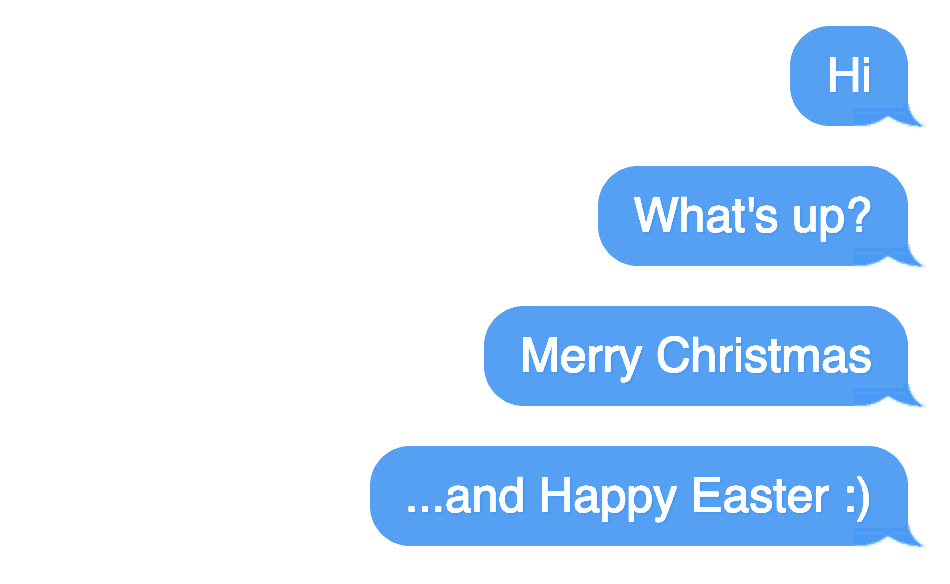 It makes it seem like you’ve just been waiting by your phone for him to message you back. And that’s not how you want to come off.

DO have something to talk about

If you’re messaging him out of the blue, it’s important to have a topic you want to talk about. Instead of saying “what’s up?” ask your crush about something you know he’s interested in. Be specific and make sure it’s a question you actually want to know the answer to.

I have the diamonds. Leave ten million dollars in a bag on the corner of Pine and Elm at 10 pm and no one gets hurt.

If you two have mutual friends or an upcoming event these are great talking points. If you don’t know much about him, now is a great time to find out. Even “how was your weekend?” Can be a great way to start off a conversation if you’re drawing a blank.

There’s nothing wrong with sending a nude or a sexy pic now and again but I’d save it for when you two are actually going out. Otherwise he could get the wrong idea about what you’re looking for.

Plus, you don’t want him to think you send this kind of stuff to every guy in town. I’d keep the sexy texting to a minimum for now. Let him imagine what he’s missing.

DO ask a question

Don’t know what to say? Good. Ask a question. Questions are a great way to get to know him and if you start with a question then it gets the conversation rolling without you having to know exactly what to say. 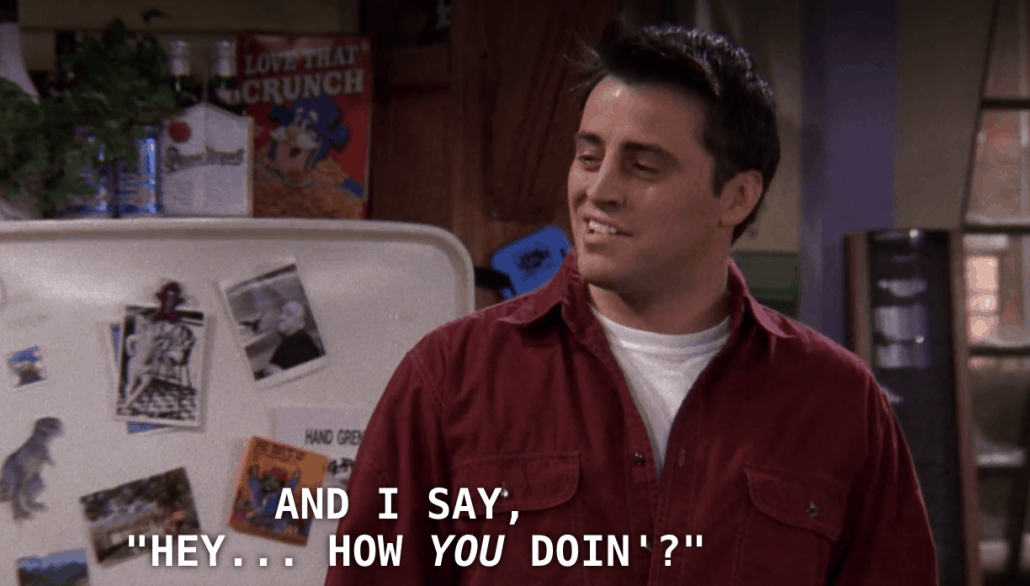 It seems simple but I know plenty of people who run out of things to say and then go sulk when he doesn’t say something back. Asking questions is what conversation is all about.

There are plenty of people who will tell you to wait a certain amount of time before messaging a guy back or to keep your messages under a certain number of words or make up a fake story. Total BS.

Your goal is to get a relationship going with this guy. If you need to play tricks on him for him to ask you out, then he isn’t worth your time.

DO stop checking your phone

It’s easy to get wrapped up in texting. This guy is all you can think about so why isn’t he texting you back right away? Does that mean he’s with someone else? Or does he not like you? Relax. 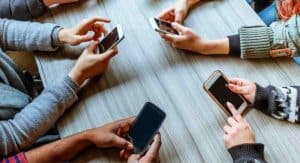 Think of all the times that you’ve been waiting for a message back, going out of your mind and when you finally got it, it turned out to be they were just busy. Keep this in mind. When you’re texting your crush, send messages and then forget about your phone.

The thing about texting is it is possible to move too fast. That’s because your phone is always in your pocket and if you two are both into it, you never have to stop talking.

If you move too fast you can find out where he got the scar on his knee before you’ve ever even met in person. Put down the phone once in a while so this thing doesn’t lose steam. Save something for the first date. You’ll be glad you did.

DO use exclamation points

Like emojis, a well placed exclamation point can turn a boring text into an exciting one. Exclamation points indicate that you’re excited to talk to him. Don’t overdo it but do use them here and there.

Look at this text message:

Hey what’s new with you?

Now look at what a difference a simple exclamation point makes.

Hey! What’s new with you?

A small change but if you got this message you’d be more likely to respond because it seems like they’re happy to hear from you.

Sarcasm can be fun in person, but it doesn’t work over text. That’s because sarcasm is about tone of voice and he’s just looking at the words on the screen.

If you’re going to be sarcastic, use a laughing face or some kind of emoji so he knows you aren’t serious. If in doubt, keep it sincere. You’ll find it’s way easier to communicate.

Texting is popular because it’s one of the least serious forms of communication. With that in mind, don’t get too deep into your thoughts about the nature of the universe, death or politics.

Obviously you’re looking for someone who shares or at least understands your point of view but it’s much easier to have these conversations in person as you can speak longer and really explain yourself. Keep texting to the here and now.

The shorter the message, the more important spelling is. This isn’t about being an english expert. But you don’t want to come across as a dummy.

If you know you’re bad with spelling, just be careful and look up any word you’re not sure about. Especially early on, a bunch of spelling mistakes is a huge red flag for a lot of guys. Spell check is your friend here.

DO re-read your message before you send it

Not only will this prevent spelling mistakes. It will also make you realize when what you’re about to send makes no sense. Think about it. When you get a text or a tinder message from a guy and you can’t figure out what he’s trying to say, do you want to answer? No way.

I’ve beeen there, if you know what I mean? 😛

That second look can be the difference between an idiot and a stone cold fox.

Remember that talking to someone you like is supposed to be fun. Sure, it can be stressful but if you’re tearing your hair out and going out of your mind, it’s not worth it.

Even if he completely ghosts you, it really doesn’t matter. Any guy who is that rude isn’t worth your time. Plus, if you’ve followed my tips to this point, you don’t have to worry that you’ve said anything super embarrassing.

DO try to meet in person

Texting is nice but don’t just text. Do your best to meet him in person rather than endlessly messaging back and forth.

Whether that means actually asking him out or dropping hints, do whatever you need to do to take this virtual flirting IRL. 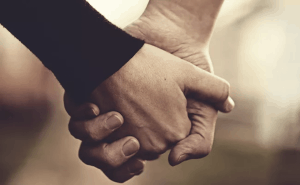 Mix up your conversations so you don’t keep talking about the same thing. It’s nice to find something in common but the fact that you both like the beach won’t be enough to keep him interested.

And if you don’t have anything to say, you don’t need to send a text. Wait for something exciting to tell him or think of a good question rather than just messaging him about nothing.

Bad at texting? Here’s my advice: let me handle it. Check out my Text Chemistry Program. today to learn everything you need to know before sending that first text.

I think one of the easiest way to keep your text conversations from being boring is to be descriptive and specific. This means avoiding cliche and generalities.

Instead, get specific about how you’re feeling, how your day was, what you liked about a movie, why you want to work in the publishing industry. It doesn’t matter what you’re talking about, the more detailed you get the more he’s going to be entertained and more likely to come back for more.

My high school english teacher, Mr. Dutton, always said never use the words “stuff” or “things”. That might be going a bit far but he had a good point. Keep it focused and he’ll stay focused on you.

DON’T get too personal

It’s okay to be vulnerable and talk about personal stuff but you’re walking a fine line. It’s much easier to talk about these things in person after you know each other a little better.

The less you know about this guy, the less personal you should get. You don’t want to risk offending him by digging too deeply into his personal issues before you even know his last name. That stuff is for late night chats once you two are better acquainted.

Remember, these are guidelines but they really are a great place to start. So before you hit send, make sure you aren’t breaking any of these rules and texting your crush will be a snap. 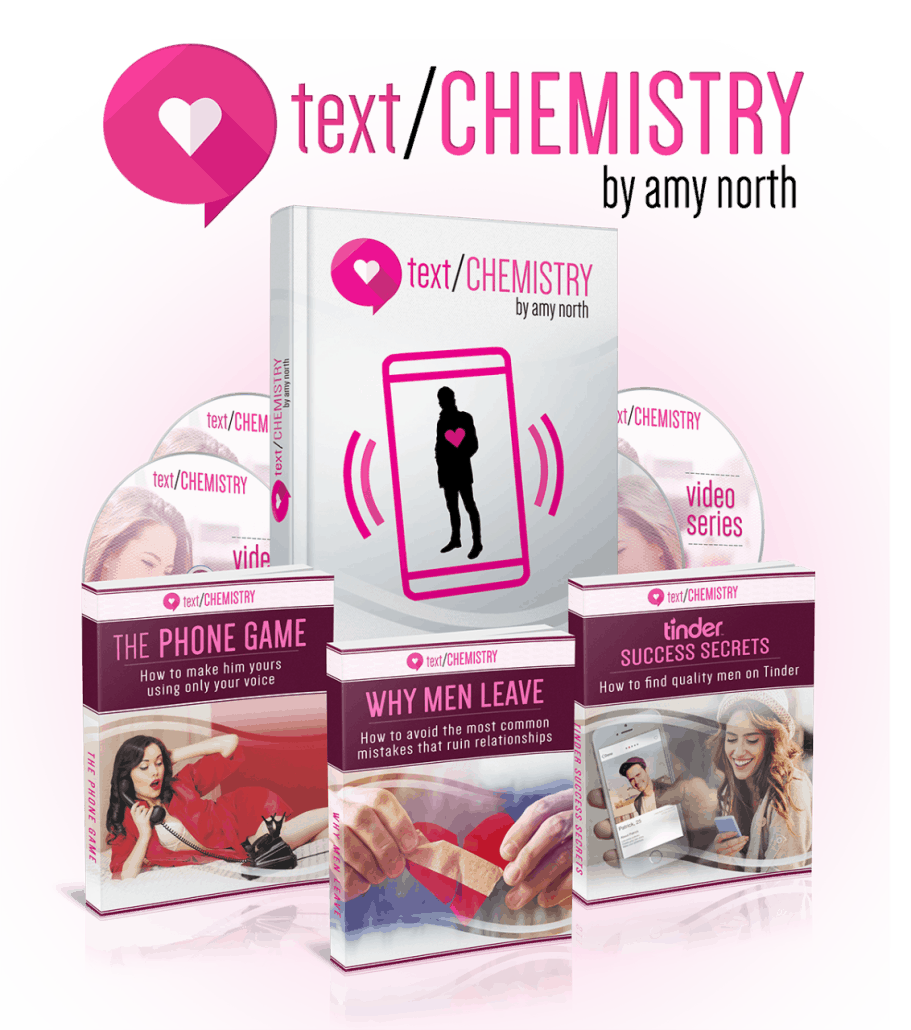