You are here: Home / Dating / How To Message Your Crush (Without Looking Desperate)

So there’s this cute guy who seems totally cool and you know you’d get along great. There’s only one problem: you’ve never met!

Not to worry. I’m here to give you a foolproof guide to messaging him first so that you can get him out of your instagram feed and into your life!

You’re going to slide into his DMs.

That means you’re sending him a Direct Message (or DM) out of the blue, even though you’ve never met.

I want to start by saying, while sliding into DMs isn’t a bad idea, real life trumps online every time.

If you have any way to start a conversation or make a connection face to face then opt for that if possible. Otherwise, read on.

This is the same advice I’d give to guys trying to chat up girls. Don’t just say “hey”. Think of it like passing a stranger on the street.

You can say hello and maybe they’ll say hi back but it’s rarely going to get a conversation going.

You need to say something that gets a response out of them and the best way is to ask an open-ended question.

Nothing too serious but something thought provoking that he can’t answer with a single word.

If you’re not sure if your question is any good, before you ask him, answer it yourself. If your answer was interesting and easy to come up with then it’s probably a good opener.

This is one of my best tips that I think is a very strong move when trying to make first contact.

There are two reasons this works.

First, it gives you two something to talk about. You’re responding to something he posted so it’s a great way to get a dialogue going. 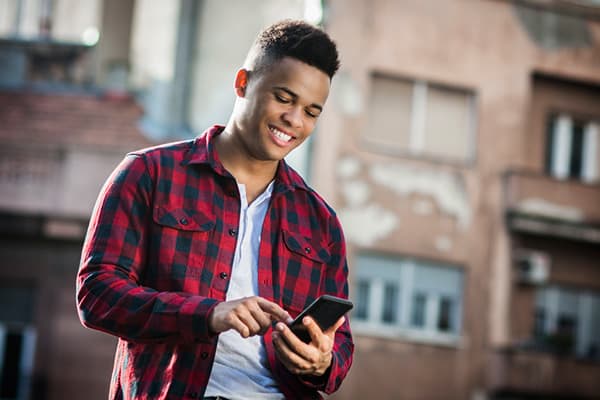 Say he posts a picture of some nice scenery you can simply respond “Wow. Where is this?” and the conversation will naturally go from there. Easy, right?

Second, if you just send him a direct message out of the blue about nothing in particular then he might get the feeling that you’ve been thinking a lot about sending him a message.

Think about it. You had to make the choice to seek out his profile, go to his page and send him a message. This shows that he’s on your mind.

While this isn’t a bad thing, it can give some guys a big head and make them feel like they have the upper hand in a subtle way.

Responding to his instagram story is something you can do out of the blue and it’s still casual because it’s just something you happened to stumble across.

Don’t scare him off with heavy topics and your deepest thoughts right away.

The goal here is just to get the ball rolling and let him know you exist.

Let him lead the conversation if at all possible but be fun and engaged by responding to his messages at the same rate he responds to yours and by staying positive.

The act of messaging a guy out of the blue is already a risky move as it goes against the conventional wisdom that men make the first move. 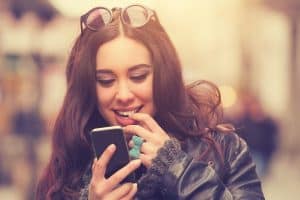 I think it’s great when women can go out there and get what they want and many guys feel the same way.

That said, don’t push your luck by being too complimentary or flirty right off the bat. The fact that you’re messaging him shows him you’re interested.

In fact you could probably message him “You are a smelly loser” and he’d be thinking that you want him so keep that in mind and don’t tell him how hot you think he is just yet. 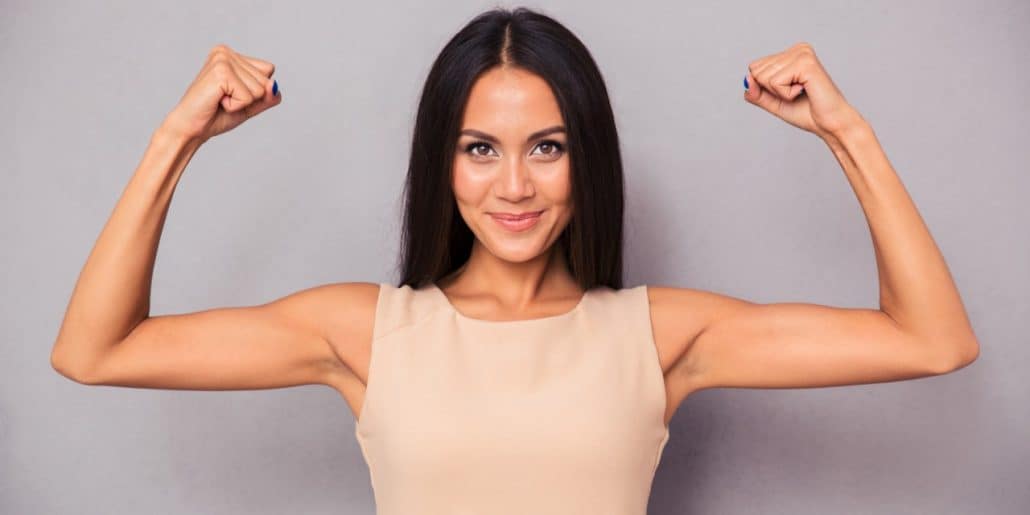 Perfect might be out of reach but one of the first things a guy is going to do when he gets a message from a random girl is go right to her profile and try to figure out who the hell she is.

Delete terrible photos or untag yourself. Put together a good public face because it doesn’t matter how good you look in real life right now, your online persona is what he’s responding to.

Should You Ask Him Out?

If you feel like the interaction went well and you want to ask him out for coffee, then by all means, go for it. If you’re not sure then it’s okay to simply let the conversation naturally wrap up.

The important thing here is that you made the first move.

He’ll know the door is open to future conversations and if he’s interested, he’s going to reach out.