If you’ve ever asked this question, you’re in the right place. I’m going to tell you what ghosting is, why men do it, and how to stop it from happening to you.

The practice of ending a personal relationship with someone by suddenly and without explanation withdrawing from all communication.

Why Did He Ghost Me?

I’ll be talking about ghosting in romantic relationships, and more specifically the men who do it to women.

Here’s the typical scenario. You meet a nice guy. You go on a few dates. Everything seems to be going well. Then one day, you text him and he never responds.

Don’t be alarmed. According to a study published in the Journal of Social and Personal Relationships, more than 25% of people have reported being ghosted at least once by a romantic partner.

Most often ghosting comes in the form of not responding to messages but it can extend to unprompted blocking on social media, failing to follow up on plans or even disappearing without a trace. First of all, I want to say that I don’t condone ghosting. It’s hurtful, confusing, and inconsiderate. But there is a silver lining… 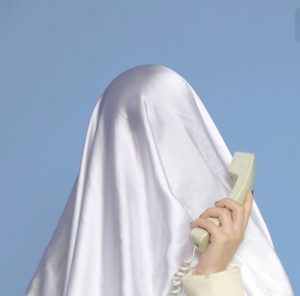 Even though ghosting hurts more in the short term and can prevent you from getting closure, it can actually be easier to get over than a traditional breakup.

This isn’t in defence of guys who ghost. In fact, it’s the exact opposite.

The truth is that any guy who ghosts is immature, rude and not worthy of your time. If you can keep this in mind, it will make moving on much easier. Plus, closure is overrated. Ghosting tells you all you need to know about the breakup: whatever his reasoning, he simply doesn’t want to be with you.

Even if a guy seems to be up front about ending things, there’s no guarantee that he’s telling the truth. Men will often lie to spare your feelings.

Why Men Ghost You

In this scenario, he’s realized that there’s no spark between the two of you. You’d see this too if you weren’t so wrapped up in the idea of trying to win over this exciting new person… Sometimes we get ahead of ourselves and miss important indicators of incompatibility.

2. He wants to leave it open ended

Many guys think that if they simply don’t break up with you, then they can pick up right where things left off, no matter how much time has passed. And the scary thing is, they’re often right. Think about it. You go on three dates with someone, you sleep together once… He calls you and says “I don’t want to see you anymore. I don’t think we have enough in common.”

You’re upset but you appreciate his honesty and this allows you to move on.

But what if he never called you? At first you’re hurt and confused but since you didn’t have that potentially difficult conversation, you eventually simply stop thinking about him.

You never really deal with the breakup and your last memory of him was having a pretty decent date and waiting for his call… The truth is, it’s easier to come back from ghosting someone than it is to come back after having an actual “breakup”.

So watch out! He’ll come back to haunt you in a few months when he’s lonely or wants to hook up.

3. He has a different view of relationships

Also those who date more often and more casually may think that not responding to a couple texts isn’t the end of the world while those who are inexperienced or more strictly monogamous see it in a much more negative light. It’s a matter of perception.

Don’t you wish you knew more about how others view dating? Hit that subscribe button and you’ll be updated every time I release a new video. Stay on the cutting age of dating with Love Learnings TV.

4. He doesn’t want to have the conversation

Many men lack the emotional intelligence and guts to be up front about ending a relationship.
In this case, he’s hoping that you won’t confront him and he can simply forget about the whole thing without ever having to actually take any responsibility for his actions.

In the end, whatever reason he had for ghosting you, it comes down to one simple fact: This guy just isn’t that into you.

I’m sorry. I know it’s hard to hear but it’s the truth.

So if you’re sitting next to the phone all day, thinking about this guy, remember that he has already moved on and you should too.

So that’s what men are thinking when they ghost you. But how can you stop it from happening? Here are the top five ways to stop men from ghosting you and keep them coming back for more.

1. Have high standards when it comes to how men treat you.

Letting men get away with whatever they want won’t make them like you more. In fact, many men will lose respect for you if you don’t stand up for yourself and assert your desire to be treated properly. This is because men subconsciously want a woman who holds them to a high standard.

He wants to be that knight in shining armour but first you need to be his princess.
So how can you establish your high standards. Don’t let him ignore you. Don’t be his booty call. Don’t let him cancel plans at the last minute or flake out on you.

2. Use the Text Chemistry program

Don’t you wish you could send him a text he couldn’t ignore? Your wish is granted. Click here for a free video presentation on the brand new Text Chemistry Program. Years of research have gone into creating texts that will make any man obsessed with you. All you need to do is copy and paste!

3. Change your perception of Ghosting

We talked about the definition of ghosting earlier: “the practice of ending a personal relationship with someone by suddenly and without explanation withdrawing from all communication.”

This leaves a lot of room for ambiguity. How far into a relationship do you have to be before it’s considered ghosting? I find that many of my clients are hurt by ghosting after only one date.

Some even think they’ve been ghosted when a guy simply doesn’t respond to their tinder message… This is where a change of mindset comes into play.

Personalized Coaching: Did you know that I offer one-on-one coaching via email? Click here to learn more about how I tailor my approach to your specific situation and use a custom strategy to help you get your ex back in your arms.

If you’ve only been on two dates and you two haven’t been in regular contact, I wouldn’t consider this ghosting.

On the flip side, if you’ve been together for months and he skips town, that’s not ghosting either….It’s something much worse. I don’t want you to think that this is normal. This person is especially inconsiderate, and bordering on abusive.

4. Only date men who can communicate honestly and directly

Men who are truly secure in themselves won’t ghost you. But how can you know for sure?

Finding out if he fits the bill takes openness and honesty on your part. You can’t compromise on things that are important to you.

RELATED: 7 Signs He’s Losing Interest in You And What To Do About It

You’ll know he lacks these qualities when you bring up something real and revealing and he makes a joke or changes the subject.

Let silences hang rather than trying to fill them and you’ll see what he’s really all about.

5. Make him chase you

No one in a position of power in the relationship ever got ghosted. This is because they’re not the ones reaching out. He can’t ghost you if you don’t text him.

Let him be the one to pursue you.

He’ll send the first text, he’ll ask you out and plan dates, and he’ll be trying to get closer to you rather than pulling away.

Don’t be cold, simply be cool. An added benefit here is that the relationship will develop much more slowly.

That way you build a solid foundation rather than jumping straight into a relationship. This will lead to a stronger, more intimate relationship in the long run.

It’s the best and only way to go from ghosted to girlfriend.

Why Do Men Pull Away and Lose Interest?

How To Get A Man to Commit