You are here: Home1 / News & Research2 / Study Suggests Both Men and Women Lie About Sex

A recent study by researchers at Ohio State University concluded that both men and women are likely to lie about sex.  The study, which surveyed several hundred college students aged 18-25, was published in a May 2013 edition of the journal “Sex Roles.“ 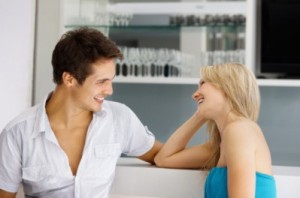 It may not come as a surprise to you that men and women both tend to be somewhat dishonest about their sex lives — especially if you happen to be someone who is a bit self-conscious about your level of sexual experience.

The study found that men and women were likely to be honest about non-sexual topics that might cause others to judge them negatively.

For example, men were willing to admit to participating in “feminine” activities such as writing poetry, while women did not shy away from admitting to doing “masculine” activities.

When it came to sex, however, both genders sought to over- or under-exaggerate their levels of sexual experience.

Science Daily magazine spoke with the authors of the study:

[blockquote source=”Science Daily Magazine”]“There is something unique about sexuality that led people to care more about matching the stereotypes for their gender,” said Terri Fisher, author of the study and professor of psychology at The Ohio State University’s Mansfield campus. “Sexuality seemed to be the one area where people felt some concern if they didn’t meet the stereotypes of a typical man or a typical woman.”

Presumably, the tendency for both men and women to lie about their sexual experience is caused by the “double standard” that surrounds sex.  This double standard, which Susie and Otto Collins at YourTango suggests is “outdated,” suggests that to be a “real man,” men should have a colorful sexual history with as many partners as possible.

Because the study hooked all participants up to a lie detector machine prior to questioning them (although only half of the participants answers were verified by the lie detector), Terri Fisher, co-author of the report, suggests that the results may even be stronger than the results suggest:

“Some of the participants may have been made uncomfortable by being attached to the lie detector at first, and that may have led them to be more forthcoming and truthful than they otherwise would have been,” she said.