You are here: Home1 / Breakups2 / Ex Back Mistakes: 7 Ways To Push Your Ex Away Forever

Trying to get your ex back?

I’ll tell you how to undo the damage and have them back in your arms before you know it.

If you’re trying to get back with your ex, there’s plenty of tips and techniques I can share with you to help you make that happen. But arguably the most important thing I can teach you is actually what not to do.

7 Ways To Push Your Ex Away Forever

That’s because most people make one or several of these mistakes, unknowingly destroying their chances of ever getting back together.

Let’s get started talking about the big, common mistakes that you need to avoid making in order to win back your ex.

Mistake #1 — Trying to use words rather than actions.

Don’t be an idiot and try to talk your way back into your ex’s arms. I’ve said this before, but it simple never works.

The reality, though, is that after a breakup, most people try to reach out to their ex and talk to them about their relationship and the breakup. Maybe they’re looking for closure, maybe they’re trying to convince their ex to give them another chance. 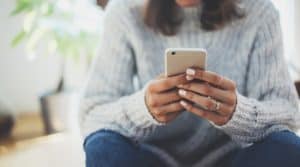 Either way, doing that is actually an absolute, 100% guaranteed way to make things worse.

You don’t want to be talking to your ex at all in the first few weeks after breaking up, even though it probably seems like an obvious thing to do at first.

Even though this is counter-intuitive, avoiding any contact with your ex for at least 30 days is a must!

Trust me on this…. even if you think you’ve got something to say that will change his or her mind, don’t talk to your ex.

For the first while after your breakup, you want to “shock” your ex into experiencing how difficult it is deal with your sudden disappearance.

Your ex was used to having you around all the time, and when you suddenly vanish, the pain and feelings of missing you will be much stronger if you completely disappear than if you continue to talk to your ex regularly.

Mistake #2 — Getting into serious discussions with your ex.

OK, so you already know that you should employ the 30 day No Contact technique after breaking up since I just explained that. But what about when the No Contact period is over? Is it OK at that point to talk things over with your ex? 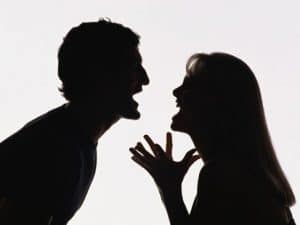 This is another very common mistake people make…. Talking with your ex about the relationship or the breakup is generally a very bad idea.

Pretty much any kind of “serious” discussion — where you bring up old drama, go over old arguments, or discuss the things that led to your breakup — is a recipe for disaster.

This type of stuff is almost certainly a contributing factor that led the collapse of your relationship.

How is re-hashing old disputes or re-visiting problems from the past relationship going to make your ex want to take you back?

All that does is remind your ex why they wanted out.

What you need is for your ex to let go of those bad memories and problems that led to the breakup.

As a matter of fact, research has shown that negative memories tend to fade over time much more quickly than positive memories. This is a natural human coping mechanism.

This means that your period of “No Contact” after the breakup can help your ex forget about the negatives and latch on to the more nostalgic and positive stuff.

Ex Back Quiz: I’ve created a quiz that will give you real time results on your chances of winning back your ex. Pretty cool, right? Click here to take the quiz and begin the process of winning your ex back… or moving on.

Every time you talk with your ex about the relationship, or engage into any kind of bickering, drama, or mind games you’re only digging yourself a deeper hole and making yourself look less attractive in the eyes of your ex.

Mistake #3 — Begging, pleading, or apologizing over and over again.

I think this should be fairly obvious from the first two mistakes I just described, but any type of begging, pleading, or repeatedly apologizing to your ex after the breakup is a bad idea.

Remember, you’re supposed to have no contact at first, and especially nothing serious or dramatic.

Begging and pleading make you look desperate and needy, which obviously isn’t going to make you more attractive in the eyes of your ex. You can’t make your ex fall back in love with you by begging.

Another thing you shouldn’t be doing is outwardly showing your emotions. Don’t log on to Facebook and tell the world about the heartache you’re feeling right now. Don’t post sad quotes to Instagram or suddenly stop talking to your friends because you’re too upset to leave the house.

When your ex sees this kind of behaviour, it’s just going to reinforce their belief that they’re making the right decision.

If you get on with life, act positive and upbeat around other people, and begin moving on with life, your ex is going to second-guess their choice to let you walk out of their life.

Ideally, you want your ex to think you’re actually thriving since the breakup, because it will be unexpected and can cause a little bit of jealousy, which can be useful.

Mistake #5 — Thinking you can figure it out on your own.

This is a bit of a cheeky one, but it’s definitely 100% true. Most people think they’re smart enough to win back their ex on their own, or after a quick Google search.

The problem is that what seems natural, or appears to be the right path to getting back together, can actually be the exact opposite of what you really should be doing in order to get a second chance with your ex. 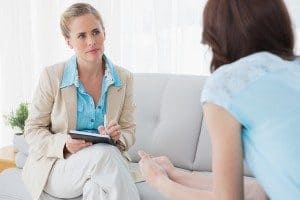 I know you’re probably very intelligent, but you probably don’t know what actually works to get your ex back unless you’ve already picked up a copy of my comprehensive Ex Factor Program.

At the very least, I encourage you to watch my full free tutorial video to make sure you’re headed in the right direction.

I also offer 1-on-1 ongoing personal coaching for a very affordable monthly rate.

You should avoid spending all your time worrying about what he or she is doing. It’s tempting to stalk your ex on Facebook, talk to mutual friends, and overanalyze every word that comes out of their mouth.

“What does it mean?”

“Is that someone new they’re dating?”


Don’t drive yourself nuts by constantly trying to analyze what your ex is doing and what it means. It doesn’t matter, anyway…. you can’t control what your ex does, but you can control your own actions, so that’s where you should focus your time and effort.

Mistake #7 — Turning to alcohol to numb the pain.

I realize that, culturally, at least in North America and Europe, binge drinking is considered a sound way to mend a broken heart. But, please be careful before you pick up that bottle of gin and try to drown your sorrows.

Drinking is one of the main causes of people breaking the No Contact rule, which leads them to a continued single life and not mending things with their ex.

When you’re upset and you get drunk, you don’t have your wits about you, and all the hard work you’ve put in to getting your ex back will all be a waste.

Now, this rule isn’t for everyone, but if you know yourself to be more of an emotional drinker, then this definitely applies to you.

And worst case scenario, if you stalk your ex, either physically or on social media or via the telephone, drunk, this is a deterrent to your ex…a deterrent that will make them want distance from you.