You are here: Home1 / Dating2 / How To Get A Second Date With A Guy

But more important than the first date, is the second date

On the second date you get to put the nerves aside so you two can really get to know one another and build a connection. But how do you get that second date?

Getting a second date is something that eludes so many women. I’m here to tell you that it’s all about mindset and timing.

I’m going to show you how to act after the first date so that you have the best chance of getting the second date.

Getting The Second Date

First off, slow things down

This is the most important thing to remember. Step on the brakes. Don’t start talking about the second date before you’re finished the first one. Being nervous is normal but do your best to stop thinking about where things are going. Just be in the moment, get to know him.

Instead of trying to figure out how you get him to ask you out again, ask yourself this “Why should I want to go out with him again?” This is part of my “Marilyn Monroe” technique… and it’s all about viewing YOURSELF as the prize, not him.

This is a subtle mental hack that will put you in the position of power. If you keep this in mind you will be in the driver’s seat and suddenly he’ll be trying to impress you rather than the other way around. That’s how you attract any man.

Third, let him chase you

This basically means don’t be too available. Keep him at an arm’s length rather than getting too close too fast. Make sure that he knows you enjoyed yourself on the first date so that he knows the door is open but let him be the one to step through it. 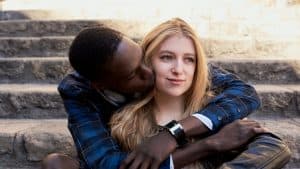 Fourth, don’t sleep with him on the first date

There’s no shame in having sex on the first date (if that’s all you’re looking for) but it can change the dynamic between you two. I often find that my clients who wait a few dates before getting too physical have more successful relationships in the long term.

Sex shouldn’t be the end goal for your guy, but even so, it’s still something that you want to work towards. Sex is exciting and if it’s already happened on the first date, he might think twice before asking you out again.

Build a connection before hooking up so that he’s still hooked on you even after satisfying his more biological urges. This is the best way to make a man commit.

You need to be aware that having sex with a guy early does impact your chances of building a long term relationship. By NOT sleeping with your guy early, you begin to initiate his “hunter” instincts. All guys are born with this. Guys are hardwired to want to chase you!

If you want to learn more about how to make a guy chase you like a ravenous animal, no matter what you look like… then check out my Devotion System now! 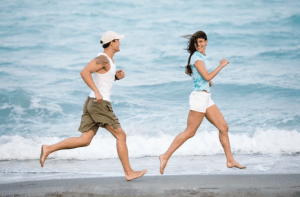 This one is controversial. You might say, “Amy, why should I hide my intentions from this guy?” You’re right to be skeptical.

I’m not talking about pretending you’re just looking for a good time and then pulling out a ring on the third date. What I mean is that you don’t need to take the conversation to that place just yet.

This is another way of not getting too attached to a guy right away.

Remember, the first date is about finding out if you two have chemistry. That’s it. Don’t be thinking about your future wedding together, if he’s boyfriend material, or even if he’s going to ask you out on a second date.

Just focus on getting to know him and having a good conversation. If you two get along then he’ll be sure to ask you out on that second date.

Many women, and some men, talk about wanting to take things slow and build a real connection rather than just jumping into bed. Well you can move too fast in your head and in your conversations too.

So that’s why I advise waiting for a while to see if the two of you can form a bond before even talking about the future.

Of course, if he brings it up, don’t lie or shy away from the conversation. Be honest but also make sure he knows that you’re not looking to rush into anything.

I find adopting this strategy accomplishes several things: it makes you come off as less needy, more confident, and more valuable.

It makes guys relax and be more honest about themselves and their wants and needs. It also makes him more interested in chasing you because there’s some element of mystery around you. Men fall in love with women when they don’t feel pressured.

What about after the date?

You had a good time together, you’ve called it a night and you’ve let him know that you enjoyed yourself. The ball is in his court.

This is when self control is so important. I’d wait 2 or 3 days and if he doesn’t message you, then send him a text like this:

Hey, I had a lot of fun the other night 🙂

That’s really all it takes to give him the green light. If he’s interested, he’ll ask you out again. If not, there’s not a lot you can do at this point but wait.

If you’re terrified of texting, you’re not alone. That’s why I created my Text Chemistry system. I’ve compiled a ton of text templates, rules, and strategies so you can win guys over without ever getting off the couch.

There you have it. This is the game plan that will get you a second date. Keep things light, let him chase you, indicate interest, and stay in the moment.

8 Things To Do On A First Date — And Other Tips!

What To Talk About On A First Date

7 Adventurous Date Ideas You Should Try

7 Ways To Find Out If He Wants To Date You