You are here: Home1 / Divorce2 / 6 Proven Factors That Lead To Divorce

I’ve identified the six factors that lead to divorce for the most couples.

No matter if your marriage seems rock solid, the statistics don’t lie.

Divorce can happen to anyone, but it happens most often in couples who can check off the six factors that lead to divorce.

How many of the six boxes does your marriage check?

The Six Proven Factors That Lead To Divorce

These factors have been drawn from a wide range of peer-reviewed studies conducted at institutes of higher learnings around the globe. They’re scientifically linked to higher rates of divorce.

1 . You Or Your Partner Withdraws From Conflicts

When you try and talk to your partner about a tough issue or problem in your relationship, does he or she engage with you or do they pull away? Studies show that if they pull away, it isn’t a great sign.

A 2013 study from the Journal of Marriage and Family found that this sort of “cold” behaviour in response to conflict is a strong predictor of divorce.

And another study conducted by the Communication Monographs in 2014 came to a similar conclusion; their study showed that…

Couples who don’t try to actively solve their issues are much less happy in their relationship.

Of course, this information doesn’t really come as a surprise at all… but the next time YOU try and bring up a problem in your marriage, see how your partner reacts.

If he or she doesn’t give you the time of day, it may be a very strong indicator of a troubled marriage and you should address this ASAP.

2. You Were Overly Passionate As A Newly Married Couple

This is a little bit of a weird one… and a little bit counter intuitive, too. I mean, you would assume that couples that show a ton of affection for one another, especially as newlyweds, are more likely to build a stronger and longer lasting marriage, right?

However, it turns out that being extremely passionate early on is one of the factors that leads to divorce . A 2001 study from the Interpersonal Relations and Group Process found that…

“As newlyweds, the couples who divorced after 7 or more years were almost giddily affectionate, displaying about one third more affection than did spouses who were later happily married.”

So interestingly enough, the passionate, overly romantic love stories that you read about in books and Hollywood movies have a lower chance of actually making it in the long run!

3. You Describe Your Relationship Negatively

A Gottman Institute study conducted a series interviews with several hundred couples asking them various questions about their marriage and their spouse… this was called an “Oral History Interview”.

By analyzing the language used in these interviews, the study revealed a strong correlation between divorce rate and contemptuous language.

Couples that described most aspects of their relationship with endearment stayed together longer.

Obviously, no marriage and relationship is perfect, but failing couples tend to zero-in on the problems and fail to recognize the positive aspects of their partners.

So the next time somebody asks you how you feel about your marriage, do your best and try and talk about the GOOD things your spouse brings to the table.

In fact, do yourself a favour and write down all the things you love about your spouse and the reason why you married them… and make sure you cherish and memorize that list. You’ll be happy that you did!

RELATED: 6 Ways To Stop Fighting With Your Spouse

Now, this is a bit of a touchy one… especially in this new day and age where women have more opportunities now than in the past… but a 2016 Harvard study shows that the male “breadwinner” stereotype is still prevalent.

This Harvard study suggested that one of the factors that lead to divorce is not a couple’s finances… but the division of labour.

Husbands who didn’t have a full time job had a 3.3% chance of divorcing the following year…

Husbands who did have a full time job had a 2.5% chance of divorcing the following year.

The wives’ job status had almost no effect on the rate of divorce.

Now, again, times are changing and we are seeing more and more “stay at home dads” in happy marriages… but this is something worth noting.

Marriage Quiz Tool I’ve created a quiz that will give you a real time answer about your chances of saving your marriage. Pretty cool, right? Click here to take the quiz and find out how to stop your divorce before it starts.

5. You Or Your Partner Didn’t Finish High School

Now, this factor probably isn’t going to be very applicable to many of you so I’ll keep this one brief, but the Bureau of Labor Statistics revealed that…

“The chance of a marriage ending in divorce was lower for people with more education, with over half of marriages of those who did not complete high school having ended in divorce compared with approximately 30 percent of marriages of college graduates.”

Other studies have pointed out that the reason for this may simply be because people who don’t complete high school have much lower incomes… and this puts an obvious strain on some marriages.

6. You Got Married Too Early Or Too Late

Now this one may not be surprising to a lot of people, but couples who get married in their teens are at a much greater risk of divorce. Surprisingly, this is also true for people who marry in their mid to late 30’s and beyond. According to a professor at the University of Utah…

After the age of 32, your odds of divorce increase by 5% each year.

Now before you panic, we need to point out that this doesn’t mean you have to rush into a marriage.

You need to make sure you find the right person for you, however, this age factor is an extremely strong predictor of marital success.

It’s also important to note that the greater the age difference is between the two spouses, the harder it is to stop divorce.

There are a number of reasons why marriages end in divorce and many of these variables are controllable.

If you would like to learn more about the factors that lead to divorce and how you can prevent divorce and save your marriage today, then you need to watch the free video presentation on my website. You’ll learn the 3 “marriage murdering mistakes” that most couples make that ruin their chances of a happy marriage.

Signs Your Spouse Wants To Get Divorced

Ways to Stop a Divorce Before It Starts

How to Get Your Husband Back 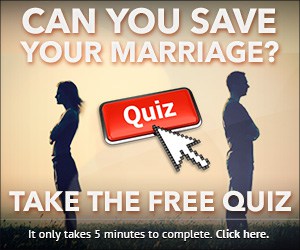 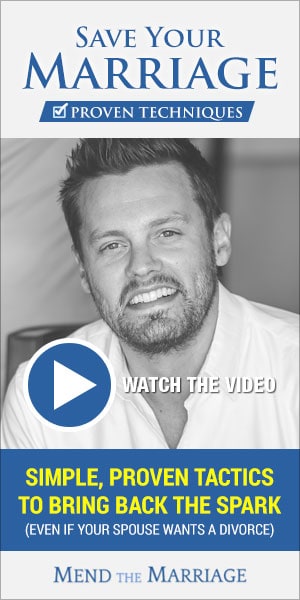