You are here: Home1 / Dating2 / Ghosting: Why Men Disappear

You meet a nice guy…

You go on a few dates…

Then you text him and he never responds

What happened? I hate to be the bearer of bad news but you’ve just been ghosted.

First off, we need to define ghosting.

With the rise of online dating and texting, ghosting has exploded in popularity.

According to studies published in the Journal of Social and Personal Relationships, more than 25% of people have reported being ghosted. Spooky!

Most often ghosting comes in the form of not responding to messages but it can extend to blocking on social media, failing to follow up on plans or even disappearing without a trace.

However he does it, ghosting hurts… The worst part is that guys often ghost to avoid any kind of real confrontation.

That way they get to pretend like nothing happened and you have no real choice but to move on without any closure.

Just remember that any guy who ghosts you was never worth your time in the first place.

This is him showing his true colours. Men who ghost have a few things in common. They’re emotionally immature, they’re afraid of conflict and they don’t understand how to treat people.

So you can rest assured that any man who ghosts you has done you a favor in the long run.

The rise of ghosting is largely due to changes in technology. 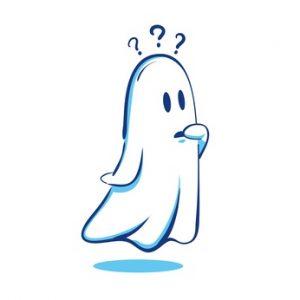 Before the modern age of cell phones, there was no way to be in constant contact with the guy you were dating. In the past you’d call him a couple times and when you couldn’t get a hold of him, you’d simply chalk it up to bad timing and move on with your life.

Nowadays you know he’s seen your messages and is choosing not to respond. So it’s simply a matter of etiquette not keeping pace with technology.

You could say that people have always been ghosting each other, we’re only now able to identify it.

But why do men do it? Why not try to work things out or simply be up front that they’re not interested? Here are the top reasons why men ghost

Oftentimes he feels that the connection between you two is just not there.

Perhaps there’s some incompatibility that he’s noticed that you haven’t.

I find that some women (and men) get wrapped up in the idea of this exciting new person and that colours their perception of the relationship.

If this happens to you and not him then he’s probably seeing red flags that you’re missing.

We all know that modern dating lacks the clearly established boundaries that courtship had in the past. That’s why some guys think that if they simply don’t break up with you, then they can pick up right where things left off.

And the scary thing is, they’re often right. Think about it. You go on three dates with someone, you sleep together once… He calls you and says “I don’t want to see you anymore. I don’t think we have enough in common.” You’re upset but you appreciate his honesty and this allows you to move on.

But what if he never called you?

You never really dealt with the breakup and your last memory of him was having a pretty decent date and waiting for his call.

It can be easier to come back from ghosting than an actual “breakup”.

You’ll know this is the case if he comes back in a few months wanting to hook up.

Those who date more often and more casually may think that not responding to a couple texts isn’t ghosting while those who are more strictly monogamous see it in a much more negative light. It’s a matter of perception. 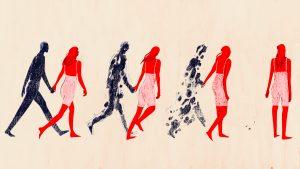 Many men lack the emotional intelligence and guts to be up front about ending a relationship.

In this case, he’s hoping that you won’t confront him and he can simply forget about the whole thing without ever having to actually take any responsibility for his actions.

Harsh truth time… In the end, whatever reason he had for ghosting you it comes down to one thing: He didn’t have strong feelings for you.

So stop sitting by the phone waiting for him to come to his senses. Instead, move on and find someone new who is a better match for you.

Prevent Him From Ghosting You

But how can you make sure it doesn’t happen again? Here are my top tips to prevent being ghosted.

Letting men get away with whatever they want won’t make them like you more. In fact, many men will lose respect for you if you don’t stand up for yourself.

This is because men secretly want a woman who holds them to a high standard. They don’t want a girlfriend who they don’t respect.

He wants to be that knight in shining armour but first you need to be his princess.
So how can you establish your high standards?

Don’t let him ignore you. Don’t be his booty call. Don’t let him cancel plans at the last minute or flake out on you.

Most of all, don’t give him attention if he doesn’t show you respect.

Did you know that there’s a foolproof method to make men text you back? I created the Text Chemistry Program with flakey men in mind. It keeps them interested so they never have a reason to ghost you.

Texting is a learned skill and it’s essential to building a relationship in today’s fast-paced dating world. I’ll take you through when to text him and what to say to maximize his attraction. All you have to do is copy and paste and he’ll be yours. Click here to learn more.

Men who are truly secure in themselves won’t ghost you. But how can you know for sure?

Finding out takes vulnerability on your part. Have tough conversations and be mindful of how he deals with important topics.

For example, if you reveal something private and he changes the subject, you’ll know that he’s not open to having tough conversations, and this is a red flag that he might ghost you.

Make Him Chase You

He can’t ghost you if you don’t text him. That’s why you need to make him chase you.

He’ll send the first text, he’ll ask you out and plan dates, and he’ll be trying to get closer to you rather than pulling away.

Don’t be cold, simply be cool.

Let the relationship will develop slowly. That way you build a solid foundation rather than jumping straight into a relationship.

This will lead to a stronger, more intimate relationship in the long run. It’s the only way to go from ghosted to girlfriend.

Why Did He Ghost Me? (5 Ways To Stop Men From Ghosting You)